It is finally at the point where windows are open at home and in the car.  It feels so wonderful to be able to let everything breathe for a second before the shutters go up and the heat turns on.

The beginning of the academic year has already proven to be fruitful, as the Iowa chapter of the Society of Composers had its 24-Hour Composition Project on September 16.  Aaron and Janet Ziegler premiered Bīja for soprano and percussion.  The whole concert was a success and will hopefully continue for years to come.  If you haven't gone over to our Facebook page, do so here and now!

This Sunday, September 30, is the first Center for New Music concert.  We are welcoming Stephen David Beck, and the first set of the concert is exclusively his music.  I am proud to say I will be performing on guitar during his Meditations on Hiroshima and will be a laptop player for inChucK.  Information on the concert is here: CONCERT INFO.

Angelus Novus II will be performed at the 25th Anniversary celebration of the Iowa Composers Forum in Cedar Rapids.  Margaret Cornils Luke will perform at 1:30pm on October 6 at the Opus Concert Cafe.  I am looking forward to hearing the works of so many other Iowa composers.

Solar Corona is slated to be performed at the Composer's Workshop concert on October 28 and performed at the Midwest Composer's Symposium on November 3 by Manuel Tabora and Tom Maples.  I am so proud of this piece; I am also so lucky to have people excited to play it.  If you are in the area, please come by to listen.

I will be playing guitar in Kurt Weill's Threepenny Opera Suite on Sunday, November 4 as part of the Chamber Winds concert.  It is at 4pm in the UCC recital hall.

The JACK Quartet returns this October for another reading session.  I have been pouring myself into a new quartet called Vŗttāsu.  Stay tuned for updates about this and more.
Posted by Brian Penkrot at 9:33 PM No comments: 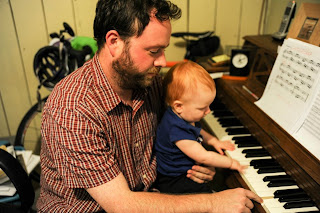 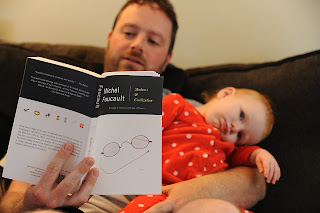