Wow has it been so many months since updating anything.  I do not make resolutions, but I think a touch more internet housekeeping is probably in order.  We shall see if I can hold myself to it.

The biggest change since my last update has been the passing of my father.  He was diagnosed with brain cancer in September of 2014, and fought valiantly until he could not anymore, succumbing to the disease in June of 2015.  It goes without saying that it was and still is a difficult time without him here.  He is sorely missed by all who knew him.  I am lucky to have had a father who was so smart, funny, and supportive.  I can only hope to be that for my kids as well. 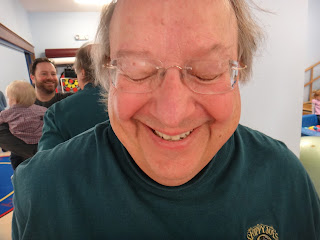 I have been fortunate enough to have fallen into some relatively regular teaching hours.  I have been teaching at North Park University since moving back to Chicago, and I began teaching theory and composition at Northern Illinois University.  I have had some great students and have been able to teach some fun classes.  This spring I will be teaching orchestration at both, the first time that I will teach the same class at both institutions simultaneously.

2015 was an interesting year for me musically.  It was largely a period of incubation, but going forward things look to be higher profile to say the least.

Most recently, Steven Banks premiered my solo sax piece Second Meiosis at the NUNC festival this past November.  Steven is an absolutely incredible player, and I am super excited to work with him again this year.  You can hear his performance here.  You can watch it here. 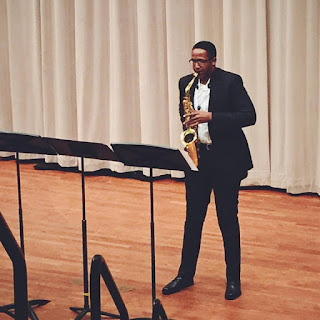 Out of the gate this new year, the Quince Contemporary Vocal Ensemble is recording their second album.  They will be traveling out to NIU in Dekalb to record with Dan Nichols, and I am happy to say I will be a session producer on this project.  These ladies are monsters of new music, and I can't wait to work with them on their album. 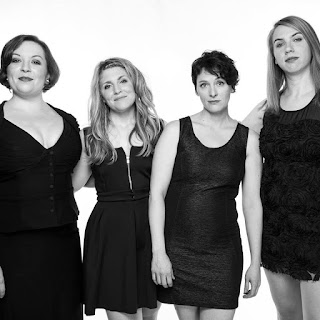 I have a piece in the works for 3 sopranos and a mezzo as well, entitled Shallow Water Blackout.  It has everything you could ask for: spatialization, dim lights, and drowning.  Stay tuned.

In March, the Enid Trio will come to NIU for a week-long residency.  In addition to an all-school convocation and reading session with the composition students, their concert will feature a new work of mine, these dream, these rheme, these stream.  The piece is roughly half an hour, my longest piece to date.  I learned an incredible amount writing it, and it is an honor to have such performers tackling the piece.  If you in the area on March 24, 8pm, come on by!  Keep an eye out for their other events at NIU as well. 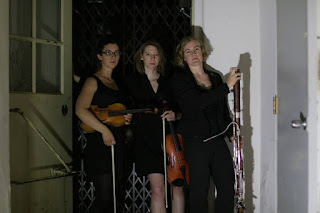 I am teaming up with pianist and fellow Chicagoan Andy Costello to resurrect the Vox Humana Music Collective.  We are in the planning and fundraising stage of an evening length theatrical concert based on the 2015 Chicago mayoral election, which Rahm Emmanuel eventually won in a runoff election.  It will be grandiose, provocative, and will (attempt to) present every side fairly and equally.

One of the perks of working at NIU is the faculty that I can call coworkers.  One person in particular has been the percussionist Greg Beyer.  While he is on sabbatical this year, I was able to run the New Music Ensemble in the fall.  A fantastic group of dedicated students volunteered their time and talents to put together a new music "happening."  They performed some of the heavyweights of chance music, as well as recent chance pieces and 3 premiers.  What a pleasure to work with people who are willing to try things out. 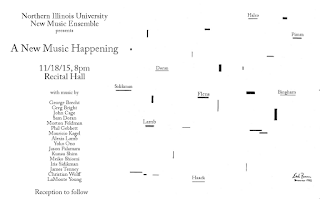 The new music festival will return in the fall of 2016, when Greg returns from his sabbatical.  That festival will also include the premier of my new percussion quartet, Amniorrhexis.  It has a lot of fun sounds and actions in it, including cracking a pane of glass by rolling a soccer ball over the surface.  Should be quite enjoyable.

The composition department at NIU was able to host Transient Canvas this past semester as well.  Matt and Amy came through, teaching master classes and private lessons before doing a reading session with the composition students.  They finished with an eclectic concert that showcased their abilities to interpret myriad styles of contemporary composition.  Their travelogue theme is an intimate record of the people they've met and the places they've been.  I am excited to add a piece of my own to their repertoire later this year.  Stay tuned. 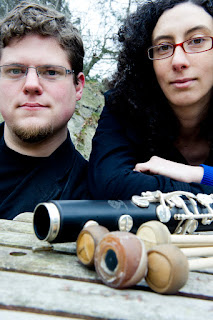 Thanks for reading - there should be lots of news at regular intervals coming down the pipe.